Bath Academy > About Us > Achievements

Each year CIFE (Council for Independent Further Education) awards a number of prizes to exceptional students. The Paul Kitchener Memorial Prize is awarded for excellence in individual subject areas, and the College Award is given to a student for their outstanding contribution to the college.

We are immensely proud of our students who have received their prizes from Lord Lexden, CIFE President, in a ceremony held each year at the House of Lords. 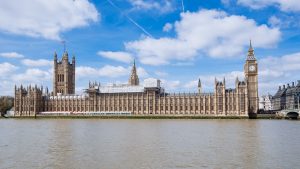 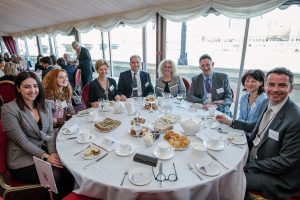 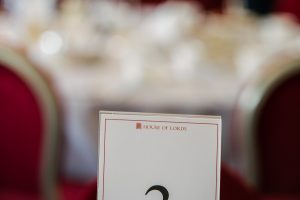 Bath Academy is proud to announce this year’s CIFE Academic Awards Winners who were presented their awards for academic excellence by Lord Lexden at the House of Lords this past April. Awards are given to students across all CIFE colleges who achieved remarkable A-level and GCSE results last summer.

Congratulations to Tom Lewin who won the CIFE College Award. After overcoming many learning challenges, Tom’s determination and focus led to his achieving grades ABB in A Level Business, English and Geography and gain a place at Oxford Brookes to read for a BSc in Real Estate Management. 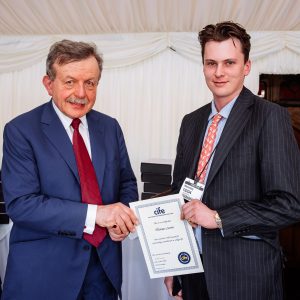 Lucy Brosch was our award winner for the CIFE Value-Added award due to her 8 grade improvement to A*AA despite facing health difficulties. She is now studying Psychology at Sussex University. 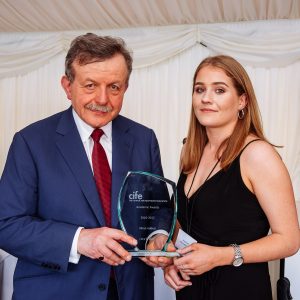 UFP student Piero Rubini Cansino was the recipient of this year’s Paul Kitchener Memorial Award. Piero achieved an overall grade A* on the University Foundation Programme, and scored A* in 4 out of the 6 modules and A in the remaining 2 modules. He is now studying Aerospace Engineering at Bath University. 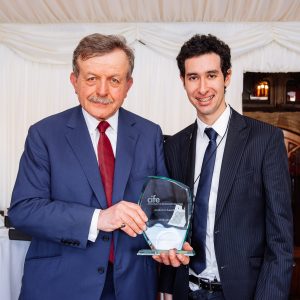 Lord Lexden said: “This event recognises and celebrates tremendous academic achievement in our national exams by students from all over the world. It is an important acknowledgement of the success not only of the pupils themselves, but also of their teachers, and of their families who entrust their children to our independent sixth-form colleges.”

Sophie Teasdale was our CIFE winner this past year after overcoming a very challenging journey over the last six years. Due to an unforeseen illness at the age of 12, she was often unable to attend school, missing most of her lessons at school during year 10 and 11. When she started at Bath Academy, she was unable to take more than a few steps unaided and the quantity and timetabling of her lessons had to be carefully managed. Sophie studied A Level English Language and Literature, French and History. This was a huge achievement and testament to Sophie’s grit and determination to manage her condition and forge an independent life and career for herself. Sophie is now enjoying reading History, Philosophy and Ethics at Bath Spa University. 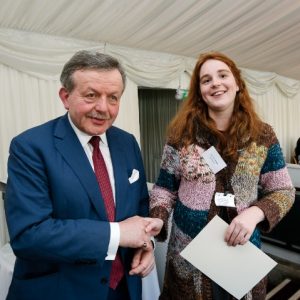 We’re delighted to report that Bath Academy student Henry Gould received a 2016 CIFE Prize at the awards ceremony in the House of Lords this March.

Henry came to Bath Academy to study A Levels. Henry had longstanding difficulties with anxiety at school, but also had the drive to achieve, and after more or less teaching himself for GCSEs, had gained good grades. Henry then progressed from a regime of almost distance learning to full time attendance by the end of his studies. He displayed perseverance and motivation to turn his situation around and last summer achieved a place at Goldsmiths. 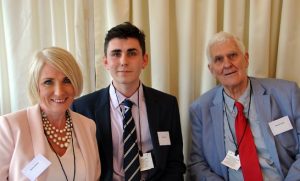 Before coming to Bath Academy George Merison had spent a year in the Utah desert and in Western Samoa, where he undertook a number of character-building experiences. However, this meant that he needed to complete his A Levels, which he did in just over a year. George became a kind of unofficial ‘head boy’ due to his sense of responsibility and involvement in everything going on in the college. He has since successfully applied to read History at UWE. 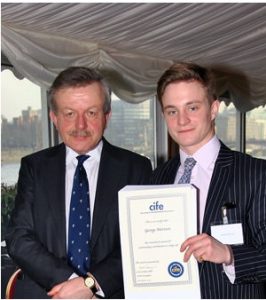 Tom Price received the CIFE Value Added Award. He came to Bath Academy for eighteen months to study A Levels in Mathematics, Economics and History. He achieved grades A*AB, obtaining A grades in eleven out of the fourteen units. At the same time Tom taught himself Chinese to a basic level, composed music, and started his own T-shirt designing business marketing his designs in South Africa. He gained a place at the School of African and Oriental Studies at the University of London to read Economics and Chinese. 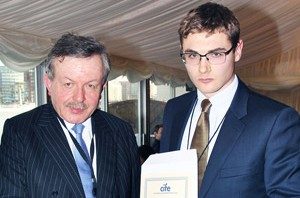 Ruqqaiya Inuwa received the Paul Kitchener Memorial Award for best Foundation course student at a CIFE college. This prize has been won by a student from Bath Academy every year for the past four years. At her previous college, Ruqqaiya was a member of the Press Club and also the Model United Nations. At Bath Academy, Ruqqaiya was a mature and self-motivated student. She is currently reading Architecture at Edinburgh University. 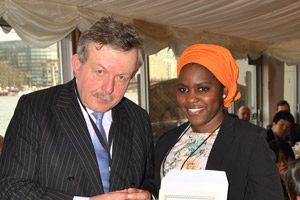 Bath Academy’s own CIFE Award went to Fanbo Kong. Fanbo completed 3 A Levels and 1 AS Level in 5 terms, achieving grades A*, A*, A* in Biology, Chemistry and Mathematics, as well as grade A in AS Level Further Mathematics. During this time he undertook work experience at the Bath Institute for Rheumatic Diseases. With a supervisor’s help, he carried out a project on Anti-Neutrophil Cytoplasmic Antibodies (ANCA), which are usually observed in patients with vasculitis. He is currently studying Biomedical Science at Sheffield University. 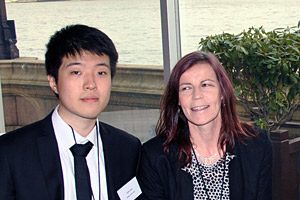 English Language Courses
Academy News
Dress Dorothy’s Tree – Charity Event Bath Academy plans to light up Queen Square this winter and add some sparkly festive cheer with a very large and beautiful Christmas tree in…
Brexit Update Tuesday, October 8, 2019 We are trying to keep our students and agents as up to date as possible regarding all the Brexit news and…
Quick Links
Contact Us